Sluggish fashion at CSE amid corporate tax concerns, even though turnover remains high – The Island

The OECD / G20 Inclusive Framework on Base Erosion and Profit Shifting (the IC) issued a statement last Friday (October 8, 2021) that it agreed on a solution to two pillars for meeting the challenges arising from the digitization of the economy.[1] 136 countries, including Israel, have agreed to adopt this solution, which follows (and is largely based on) a political agreement that IF members reached last July.

Below are some of the key points included in the IF statement regarding each pillar.

Based on the OECD announcement of the IF statement, the first pillar will ensure a more equitable distribution of profits and taxing rights among countries with respect to the largest multinational enterprises (MNEs) and most profitable, as it will reallocate certain taxing rights on MNEs from their home countries to the markets where they do business and earn profit, whether or not they are physically present there. The first pillar aims to allocate certain income (amount A) to market jurisdictions, based on a new nexus rule, while guaranteeing a fixed remuneration for basic marketing and distribution functions in market jurisdictions ( amount B).

The companies in the scope for amount A are multinational companies with worldwide turnover of more than 20 billion euros and a rate of return greater than 10%; the turnover threshold should be reduced to 10 billion euros, subject to successful implementation of the tax certainly on amount A. Given this threshold, multinationals based in Israel should not fall within the scope of the A amount of pillar 1 in the near future.

Relevant MNEs will benefit from a dispute prevention and resolution mechanism, which will avoid double taxation of amount A, including all matters related to amount A (e.g. transfer pricing and commercial profit disputes).

The Multilateral Convention Instrument (MLC) by which Amount A is implemented will be developed and opened for signature in 2022, Amount A entering into force in 2023. In addition, the application of the arm’s length principle to the marketing and distribution of reference in the country activities (amount B) will be simplified and rationalized. This work will be completed by the end of 2022. The MLC will require all parties to remove all taxes on digital services and other similar measures that are relevant to all businesses, and that they do so. undertake not to introduce such measures in the future. No newly enacted digital services tax or other relevant similar measure will be imposed on a business from October 8, 2021 and until December 31, 2023 or the entry into force of the MLC at the earliest.

According to the OECD, under the first pillar, taxing rights on more than $ 125 billion in profits are expected to be reallocated to market jurisdictions each year. Income gains in developing countries are expected to be greater than those in more advanced economies, in proportion to existing income.

The second pillar aims to ensure a minimum overall corporate tax rate of 15% on MNEs within the scope (typically MNEs that reach an income threshold of EUR 750 million, although countries are free to subject MNEs which do not meet this threshold to the second pillar). The OECD estimates that the second pillar is expected to generate around $ 150 billion in additional global tax revenue each year. The second pillar consists of two elements:

GLoBE will have the status of a common approach rule according to which IS countries are not required to adopt GLoBE, but are required to accept the application of GLoBE by other countries of the IF. Governmental entities, international organizations, non-profit organizations, pension funds or investment funds that are ultimate parent entities (UPEs) of a multinational group or any holding vehicle used by such entities, organizations or funds are not subject to the GloBE rules.

The IIR allocates the additional tax on a top-down basis, subject to an exception, if more than 20% of the equity interests of an entity are held directly or indirectly by persons who are not constituent entities of the multinational group (known as the “shared ownership rule”). The UPE allocates additional tax to low-tax constituent entities, including those located within the jurisdiction of the UPE. The GloBE rules will provide for an exclusion from the UTPR for MNEs in the initial phase of their international activity, defined as MNEs which have a maximum of EUR 50 million of tangible assets abroad and which operate in 5 other jurisdictions to the maximum. This exclusion is limited to a period of 5 years after the MNE first enters the scope of the GloBE rules. For MNEs that fall within the scope of the GloBE rules when they come into force, the 5-year period will begin when the UTPR rules come into force.

The minimum tax rate used for IIR and UTPR purposes will be 15%, calculated on a jurisdictional basis and using a common definition of covered taxes and a tax base determined by reference to financial accounting principles ( with some adjustments). This minimum tax rate can have a significant impact on multinationals with Israeli subsidiaries and on Israeli groups that are subject to lower tax rates under the Law for the Encouragement of Capital Investments (for example, with regard to their so-called “preferred company”, “preferred technology company” or “special privileged technology company”).

IF countries that apply nominal corporate tax rates below the STTR minimum rate for interest, royalties and a defined set of payments will implement the STTR in their bilateral tax treaties with developing IF members on demand.

We are at your disposal to provide you with comprehensive advice targeted to your specific situation and would be happy to analyze the potential impact of the new Pillar 1 and 2 schemes and to consider potential restructurings or the adoption of different pricing models. transfer for more tax-efficient results. 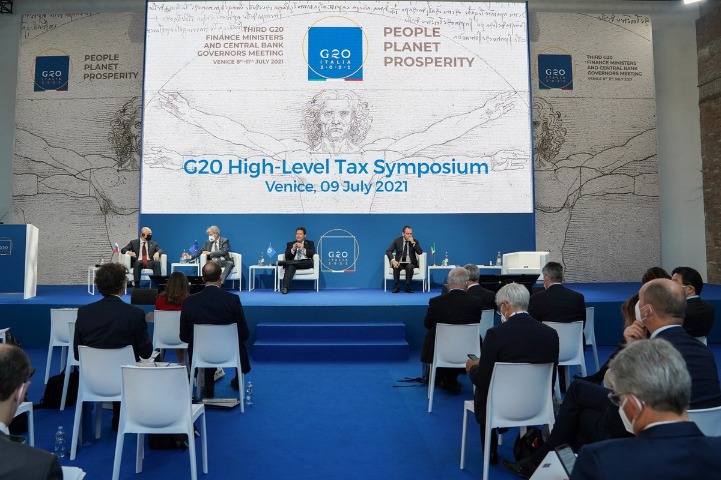