Corporate governance at Zim: we can do better!

It was clear that the hole created in public finances by the fallout from the Covid-19 pandemic had to be filled in one way or another. As it turns out, the UK government has resisted calls for any explicitly targeted form of super-taxation of companies whose profits have skyrocketed during this period; similarly, he rejected other potential sources of income, such as an increase in the capital gains tax rate (widely regarded as being considered) or the creation of a new ” fortune ”. Perhaps these are for future budgets; for now, the focus is on increasing the corporate tax rate.

To take a step back and put this proposed increase in context: it is the first increase in the corporate tax rate since 1974. And it was only recently that the government announced its intention to Cut the rate further by 19%: A rate cut to 17% had been planned for 2020, although this was eventually dropped (before the pandemic) on the basis of probably being a little too generous.

A resurgence of tax planning?

When the standard corporate tax rate is low, as is currently the case, the incentive to avoid that level of taxation will inevitably be less than when the rate is much higher.

The higher the overall tax rate, the stronger the push towards avoidance.

We therefore wonder to what extent, after April 2023, taxpayers will be inclined to adopt behaviors that, in the absence of such a large increase in the standard rate, they would have been less inclined to pursue. There is — it is sometimes said — a level of taxation that businesses are prepared to bear.

This measurement raises the dial significantly.

It is interesting to note that the government makes an indirect reference to this in its Impact assessment of the new measure:

“A behavioral adjustment has been made [to the amount of tax expected to be collected] to reflect changes in the incentives for multinational companies to shift profits into and out of the UK.

The desire to lower the effective tax rate is not limited to multinationals, however.

Directors of all relevant companies whose profits are subject to UK corporation tax can be expected to consider whether, and if so how, they could mitigate the impact of the rate hike. planned.

However, the landscape is very different from what was obtained last time when the corporate tax rate was at an average level of 20% a decade ago: the British government put in place a series of additional measures to reduce the gap that appears to exist between the taxpayer and the UK tax administration HM Revenue & Customs (HMRC).

For example, although introduced over 15 years ago, the disclosure rules for tax avoidance programs continue to be expanded and strengthened. And one of the most significant developments in recent anti-avoidance history was the introduction in the UK of a general anti-abuse rule in 2013.

In addition, and of particular importance in this context, there is now among the weapons of HMRC the tax on embezzled profits, the rate of which will be increased from April 2023 to ensure that it remains several points higher. percentage to the corporate tax rate, in order to continue to act as a deterrent against the collection that is its target.

As a result, the kinds of techniques multinationals could have employed 10 years ago to lower the effective tax rate in the UK are somewhat less available.

Then there is also what could be described as the “softer”, less direct methods used by HMRC to discourage behavior of taxpayers they dislike, and to further narrow the “tax gap”. perceived.

One such method is the proposed code targeting “uncertain tax positions”. This is discussed more briefly now, as it is one of the measures expanded through a consultation paper released by the government shortly after the budget at the end of March.

The UK as a competitive corporate tax jurisdiction

We have recently witnessed a long period in which the UK has gained a reputation as a viable holding company – notable features of the UK tax code, including a widely applicable participation exemption for dividends and earnings ; an absence of withholding tax on dividends paid outside the United Kingdom; and a very large network of tax treaties. In addition, a low corporate tax rate was by nature the icing on the cake (and significantly more competitive in this regard than most other major EU economies).

After Brexit (but before Covid), the government even suggested that the UK tax regime could be made ultra-competitive, to further strengthen the UK’s reputation in this regard.

The pandemic has completely upended these plans (as it has of course many others).

As mentioned above, the government has started to adopt various “indirect” methods to discourage taxpayer behavior that deviates from what it ideally would like to see.

This is one of those proposals.

Although some details have changed following feedback from the first consultation, the goal of the proposal remains unchanged: to identify and reduce tax losses caused by delays in identifying and resolving disagreements over how whose law must be interpreted.

What the government calls the “legal interpretation tax gap” is estimated at £ 4.9 billion.

By the way, we are used to hearing the concept of “tax gap” in the context of discussions on tax evasion and tax avoidance. Describing the situation where a taxpayer considers a law different from that adopted by the tax administration as a “tax gap” represents an interesting position; it can be argued, however, that this is simply a logical development on the road to the belief that those who have a different point of view than the HMRC on a particular point are members of a group not paying their fair share. tax share.

However, this is not how the Consultation document puts it!

Its stated aim is to highlight and clarify the differences in legal interpretation between the taxpayer and HMRC earlier, either by notification or by encouraging more companies to discuss areas of uncertainty with HMRC before submitting their returns. .

To quote the Consultation:

“This measure is not intended to promote the assumption that HMRC’s interpretation is correct, nor that HMRC is a final arbiter of tax law. The measure aims to ensure that HMRC is aware of any instances where a large company has adopted treatment contrary to HMRC’s known position and to expedite the point at which discussions arise over questionable treatment.

Uncertain tax treatment is treatment when there are several ways to interpret or apply the tax laws relating to a transaction.

It will only apply to “large” companies, i.e. companies with a turnover exceeding £ 200 million or a balance sheet total exceeding £ 2 billion, and it is suggested that the threshold of notification would be £ 5million, being the “tax impact” of the transaction, for example the amount of tax at stake.

It will be interesting to follow how this development, once introduced into the law, affects the behavior of taxpayers.

The climate is now very different when it comes to the public’s perception of tax evasion.

Whereas previously companies would have considered it their duty to minimize their tax obligations to the extent possible, by engaging in legal tax avoidance as the norm, this imperative is now weighed against the desire to be seen as responsible taxpayers.

The public and media are focusing more than ever on the amount of corporate tax paid by large businesses and the once-often-heard phrase in business mouths that “we comply with our legal obligations in all jurisdictions.” in which we operate ”is much less likely to be successful than before, including with shareholders themselves.

Things in this regard were arguably at their worst in 2012 when Starbucks, in a high-profile move, voluntarily “offered” £ 20million in taxes. It was unprecedented, as was the boycott of branches by those who would allegedly oppose the group’s tax-paying habits in the UK. But arguably the most striking feature of the gesture was the fact that the company felt motivated to do so.

It represented a watershed moment (which was not even warmly greeted by HMRC, who insisted that tax was not something people could pay as and when they liked). But that was important because it showed that the pendulum had swung into a position where an established multinational felt unable to simply view the situation as “noise” which, in time, would go away.

Thus, faced with the imperative to maximize shareholders’ funds, boards of directors are no longer able to focus entirely on reducing their corporate taxes to the extent permitted by law. Not only the public but shareholders themselves now expect to see public statements about responsible taxpayer behavior.

The reputational risk of pursuing aggressive tax evasion schemes can be seen as outweighing the (usually shorter term) cash flow benefits of saving tax. And where precisely “aggressive” begins and ends on the scale of taxpayer behavior is likely to continue to drift.

The power of negative tax advertising means that businesses must now ask the question, “How happy would we be if every aspect of our tax planning was revealed in the press?”

All in all, companies’ room for maneuver will be much more limited than the last time corporate tax rates were around 25%. A decade can be long in taxation, probably no longer (in terms of changes in the perception of tax evasion) than the one that has just ended.

It has been said more than once in the past year that these are interesting times. It looks like this will hold true for the foreseeable future.

This column does not necessarily reflect the opinion of the Bureau of National Affairs, Inc. or its owners.

The author can be contacted at: [email protected]

Next What should India's response be to the global corporate minimum tax debate? 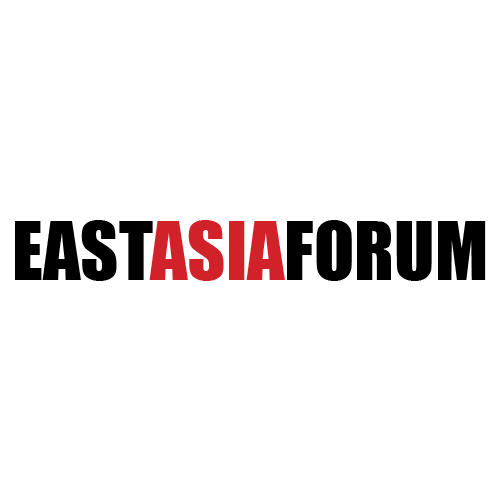